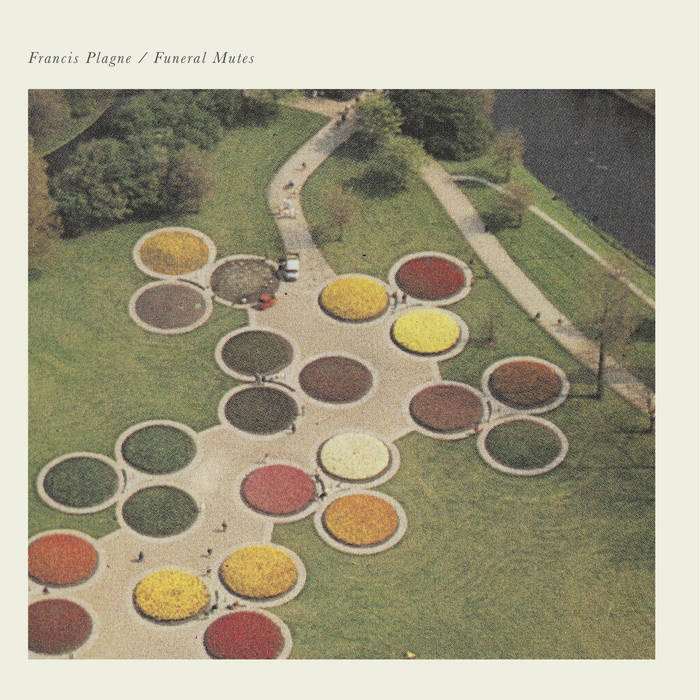 Francis Plagne is pleased to announce his new LP, Funeral Mutes, the second release on his vanity label, Mould Museum. Although there have been some collaborations (with Food Court and Andrew Chalk) and a tape in the meantime, Plagne's songs were last heard in long-player form on Tenth Volume of Maps, released in 2011. Here, aided by long-term collaborators Alex Garsden, Yuko Kono, James Rushford and Joe Talia, he continues his exploration of idiosyncratic, extended song forms and fragmentary lyricism. Primarily recorded over a few days in late 2013 in conditions approaching ‘live-in-the-studio’ (with overdubs added in 2014), Funeral Mutes presents six songs that detour through silence, blown bottles, Stormcock-influenced prog folk, a hint of chicken scratch and a drum solo.

‘Plagne’s songs admit to another time, and extend to take in another, possible projection of what the world could be – carefully scripted everyday fantasias, with his backing group playing in thoughtful service to the song. Stripped back to essentials, this music plays tricks with the temporal compass. Funeral Mutes’ hermetic spirit might remind, in passing, of Mayo Thompson, Tyrannosaurus Rex, and/or Canterbury prog. Following singular logic, however, its gilded glide is all its own.’ - Jade Pillar, 2015

Bandcamp Daily  your guide to the world of Bandcamp